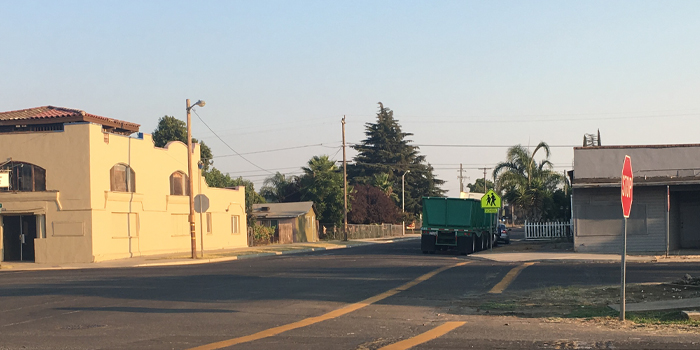 FRESNO — In January, Governor Gavin Newsom proposed an increase to fees collected from pesticide sales in a move that signals the state’s intent to transition away from harmful pesticides and toward less-extractive, chemically-intensive agricultural practices. The monumental proposal to increase pesticide fees would create a new, risk-based “mill assessment” tier system that charges a higher fee for the most toxic chemical pesticides.

It’s the first increase in 16 years.

This proposal brings the potential for funding that supports a much-needed transition to just and sustainable agriculture in California, a state that produces over 400 agricultural commodities worth $50 billion per year. Too often, this agricultural profit is made at the expense of low-income, rural communities of color and environmental quality.

The proposed fee increases would be phased in over the next four years and would raise an additional $45 million per year to support farmers’ adoption of non-chemical, ecological farming practices, greater enforcement of existing pesticide laws, increased pesticide air monitoring, and enhanced community engagement.

Hundreds of millions of pounds of agricultural pesticides are sprayed annually in California and disproportionately impact communities of color. Counties with a majority Latinx population use 906% more pesticides per square mile than counties with fewer than 24% Latinx residents.

Those residents living and working in the San Joaquin and Eastern Coachella valleys are especially vulnerable to pesticide exposure, which can be extremely hazardous to human health, causing residents and farm workers to develop cancer, respiratory diseases, and other conditions.

Leadership Counsel for Justice & Accountability supports the proposed mill fee included in the Governor’s budget proposal and supports the use of these funds for strengthened enforcement, air monitoring, community engagement and resources to transition farmers towards agroecological practices. We are also committed to ensuring that, as the state works to solidify this proposal into law, revenue from the increased fee explicitly includes direct community protections that pesticide-impacted residents have long demanded.

These protections — such as buffer zones and green space zones between treated fields and sensitive sites, indoor air filters, personal protective equipment, and pesticide spray notification systems — are critical to mitigate exposure for communities who are impacted by pesticides at home, school, work and daily life. Communities must be allowed to decide which of these protections best meets their needs.

There is an opportunity for the public to weigh in and demand that the state prioritize a real transition away from hazardous pesticides by passing a strong mill fee that funds community protections and addresses decades of damage done by the use of pesticides to our state’s people, ecosystems and the climate.