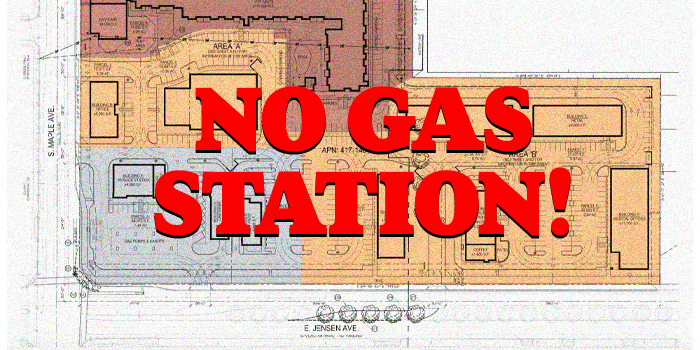 This letter was submitted as part of public comment to the Fresno Planning Commission on Feb. 16, 2021.

Thank you for the opportunity to submit comments on the Consideration of the Plan Amendment being made on the northeast corner of East Jensen and South Maple. Leadership Counsel for Justice and Accountability, Fresno Building Healthy Communities and Friends of Calwa works alongside some of the most impacted communities, which includes community leaders in Southeast Fresno and Calwa, to advocate for healthy land-use patterns, affordable housing and eradicate injustice to secure equal access to opportunity regardless of wealth, race, income, and place. Collectively, we work with community leaders throughout Fresno City on various issues such as affordable housing, essential services, and the right to live free from industrial pollution with infrastructure that supports healthy lifestyles.

We respectfully request that the Planning Commission reconsider the Consideration of Plan Amendment No. P20-00635 on East Jensen and South Maple. This item should not be approved and reconsidered with community-driven needs at the forefront of the planning process.

Fresno Building Healthy Communities, Friends of Calwa, and community leaders previously expressed opposition to the project as presented during a community meeting held in 2019 with project applicants and sent subsequent communications to Mr. Nick Yovino Jr. to discuss the issue, with no further response. While residents expressed some support for the residential and community commercial portions of this plan, the community expressed clear opposition to the addition of a gas station and liquor license and voiced objection to the four-story multi-family housing component of the project due to concerns with privacy for adjacent property owners, increased traffic, noise, and pollution. Adding a four-story multi-family housing unit will exacerbate our neighborhood infrastructure. Community members provided comments and feedback to the project proponents to reduce the multi-family housing component of the project to address concerns raised and suggested the addition of a daycare center, medical offices, restaurants, and retail that will be a great addition to the community who will be able to enjoy these amenities at close proximity. However, the project proponents have failed to adjust the project to eliminate the gas station and have expressed that a liquor license may be pursued in the future. This is concerning and goes against the wishes of the community. While the project proponents positioned themselves as willing to be good neighbors and were receptive to the community’s feedback, the proposed project fails to reflect a shared vision and common desire for an improved community.

The community’s desire to support sound development that increases our neighborhood’s quality of life is not new. Residents in the area have a long history of working in partnership with business owners, developers, and non-profit organizations to inform land-use and development policies. However, this proposed project has failed to engage with residents consistently and in good faith. Community members were sporadically invited to attend one meeting held in 2019, where the project proponents shared their vision, and the community shared their priorities. Since then, there has been almost no follow-up to engage the community and further refine the proposed project to meet the community’s desires and achieve a shared vision. Instead, the project proponents continue to advance their project despite community opposition while ignoring the serious and legitimate concerns raised.

From the inception of this plan, residents have expressed the desire for quality amenities that serve the neighborhood’s needs and improve the environment. A gas station and liquor sales would burden a community already over-concentrated with corner stores, liquor stores, and fuel stations. In fact, gas stations have been in decline for decades. Adding another gas station would set Calwa and adjacent neighborhoods further behind California’s goal to adopt cleaner transportation in communities most impacted by air pollution, including the 93725 zip code.

The convenience store with an eight dispenser/sixteen station fuel canopy is not something community residents need, want, or would benefit from. There is a Shell gas station on the northwest corner of East Jensen and South Maple Avenue, a Valero gas station a half-mile down from the Shell, and another Shell and Valero gas station only a mile and half-away from the proposed site.

There is no shortage of gas stations around this neighborhood, but rather an influx of them in a census tract that is disproportionately burdened by multiple sources of pollution such as the 99 freeway,  multiple food packing facilities, a grain refinery company, and various trucking companies nearby.

A contribution to some of these health concerns stem from benzene, a carcinogen that is released from gasoline vapor. According to a study done by the Columbia and Baltimore’s School of Public Health, people living near or working in retail at gas stations, and children in schools and on playgrounds can also be exposed, with distance to the gas stations significantly affecting exposure levels. If a daycare and medical offices are placed near a gas station, it would create significant health impacts to the residents who decide to occupy the new housing and to the children who will attend the daycare center or residents who decide to visit the medical offices.They would be exposed to benzene released from the gas station and the pollution from cars who decide to visit this gas station.

Furthermore, based on cancer risk estimations, the California Air Resources Board (CARB) recommends that schools, day cares, and other sensitive land uses should not be located within 300 ft (91 m) of a large gas station. This plan would place a gas station near a daycare center too close to one another, exposing children and residents to benzene and increasing their risk of contracting cancer.

The residents nearby do not want to see another gas station placed near their homes. Residents nearby want to have cleaner, healthier, and safer neighborhoods and a gas station would not deliver those results. This census tract also ranks in the 90th percentile for residents who are living below twice the federal poverty line. Poorer communities are often located in areas with high levels of pollution. Disadvantaged communities are also more likely to be exposed to higher levels of pollution than their counterparts. The City of Fresno needs to remove the light industrial zoning in the proposed Plan Amendment entirely or the residents of Southeast Fresno will continue to be burdened with poor air quality, poor health outcomes, and increased exposure to harmful contaminants.

On Dec. 16, 2020, a similar agenda item came before you on a gas station development on 1880 East Copper Avenue which is at the northwest corner of East Copper Avenue and North Maple Avenue. This proposal placed a gas station within ½ a mile of  Fugman Elementary, 500 feet from residential, single family homes, and .3 miles away from a shopping center. The Copper River Ranch community pushed back on this proposal because they too knew the detrimental impacts such a facility could have on their children just next door. All over Fresno, residents are expressing that they deserve cleaner, healthier air and healthier land use patterns. Reaching this goal will not happen if we continue to allow gas stations and other incompatible uses to be placed and concentrated in residential neighborhoods such as the one on East Maple and Jensen.

Instead residents ask and recommend that light industrial zoning be removed entirely and instead of a gas station, place something that will benefit the community:

Additionally, Calwaians have experienced failed developer promises in the past and have expressed concern about the implementation phases of the proposed project. Neighbors in the area are worried that only some components of the project will be implemented and others will be left unfulfilled. To address this concern, we request on behalf of the community, that there be a timeline put in place for the development of the proposed housing projects and office/retail space. Residents want to be assured that the housing and desired community amenities will be built first rather than later as has occurred in the past.