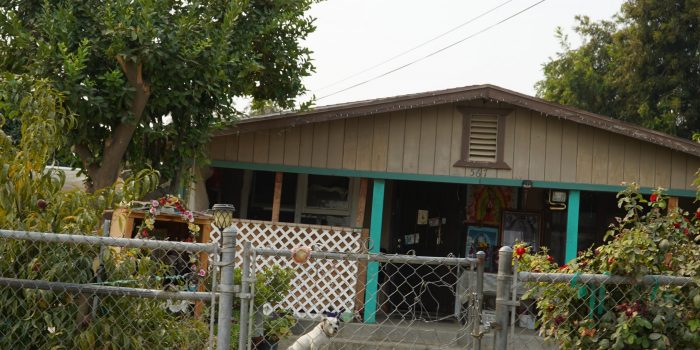 City of Fresno tenants have endured among the steepest rental increases in the state, uninhabitable living conditions, and unlawful evictions. Amid a global pandemic and the growing housing crisis, these conditions have only gotten worse.

Over the past couple of years, the City and a consulting firm, the Thrivance Group, went to work to create a Displacement Avoidance Plan—a requirement of the $66.5 million grant from the Transformative Climate Communities (TCC) Program administered by the Strategic Growth Council (SGC). The goal of the Displacement Avoidance Plan is to prevent the physical and economic displacement of people and businesses that could result from the millions of dollars invested in West Fresno, Chinatown, and Downtown through the TCC program.

The Displacement Avoidance Plan, called the  Here to Stay Report: A Policy Based Blueprint for Displacement Avoidance in Fresno identified 46 different recommendations to mitigate displacement and keep residents from losing their homes. Among the 46 policy recommendations in the report, three main policies based on their research have been recommended by the Thrivance Group to be implemented immediately and will likely achieve equitable benefits. Among the three is a Rent Stabilization policy.

A Rent Stabilization Ordinance in Fresno would limit the allowable annual rent increases for apartments and other rental housing. In other cities in California, rent stabilization ordinances allow landlords to increase rent at a certain percentage that allows landlords a  fair return while preventing displacement and dislocation.

A Rental Stabilization Ordinance in the City of Fresno will alleviate some of the effects of the housing crisis. According to the Fresno Bee, “the area’s year-over-year rise of more than 19% in median rent – the point at which half of units cost more and half cost less – is the largest percentage increase among 16 California metro areas included in the data.” While Fresno is still being promoted as an affordable city, more than 60% of lower-income residents are housing-cost burdened, with worse rates for the lowest income residents.

Renters throughout Fresno are feeling the effects of these rental increases. A resident in Southwest Fresno expressed the rental increases were affecting the way he budgeted money towards groceries, utilities, and healthcare. He fears getting sick could cause his finances to suffer dramatically and one hospital bill could render him homeless. In Southeast, a resident expressed that while she was not behind on rent, she had to put off buying new school clothes, shoes, and supplies for her children in order to keep up with rental increases and utility bills.

Rental Stabilization is an effective way of keeping Fresno residents housed and in their communities. It promotes stability, safety, and protection for tenants, while still allowing for landlords to make a fair return on their investments. In Los Angeles County, the allowable increase is tied to the Consumer Price Index (CPI) ranging from 3% to 8% — all while having a thriving housing market.  This would significantly impact the amount of rental increases that many tenants are facing which often increase by 30% to 50%. A Rent Stabilization policy in the City of Fresno could follow the same rent cap calculations and tie it to the CPI with a yearly rental increase.

Rent stabilization must be paired with other anti-displacement measures like Just Cause protections. The City of Fresno must approach the housing crisis in a comprehensive manner because no one policy or one-time funding will solve the shortage and quality crisis we’re facing.

Just Cause protections are often adopted with Rent Stabilization ordinances to unfair evictions. With Just Cause protections, landlords must have a reasonable justification for evicting someone such as a breach of a lease agreement or if they were taking the property off the rental market. In certain circumstances, Just Cause would also require landlords to pay appropriate relocation fees so tenants could find comparable housing elsewhere, like when they no longer choose to rent the unit or are doing major renovations that would require the tenant to move out.

Rent Stabilization paired with Just Cause Protections will significantly improve the lives of every renter in Fresno. It will protect tenants from unjust evictions and decrease tenant turnover in the process which keeps Fresnans in their communities. Additionally, rent stabilization policies improve economic opportunities and stability by allowing tenants to save the money they would otherwise use for rent and spend it in the local economy. In the long run, rent stabilization keeps tenants housed and promotes economic mobility. A comprehensive rental stabilization ordinance in the City of Fresno needs to happen now or further displacement and instability will be placed on the residents the City claims they want to protect.

With more rental increases on the horizon and displacement impacting neighborhoods throughout Fresno, Mayor Dyer and fellow councilmembers must act now to pass a Rental Stabilization Ordinance if we are truly to achieve the Mayor’s vision of “One Fresno.”

Nineteen cities in California have already established Rent Stabilization ordinances preventing renters and residents from being displaced. In doing so, these cities have prioritized its single moms, low-income families, elderly residents, BIPOC peoples, and disabled individuals—all who are more likely to be renters— from being displaced.

When will the City of Fresno rise up to the task and protect its residents?

​​Budget Breakdown: The Good, Not so Good, and Unfinished Business in the last chapter of California’s Wild Budget Year.