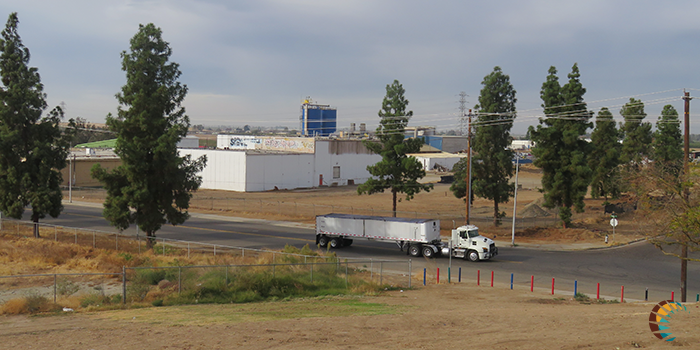 FRESNO — Over the past few years, South Fresno residents have endured an explosion of industrial development in their neighborhoods next to homes and schools with little to no mitigation of the resulting environmental and public health burdens on their everyday lives. The City of Fresno’s adoption of an inadequate environmental impact report for its General Plan will continue this pattern at the expense of neighborhoods most disproportionately impacted by multiple sources of pollution in the entire state of California.

On October 29, the South Fresno Community Alliance, represented by Leadership Counsel, Shute, Mihaly and Weinberger, and Golden Gate University School of Law’s Environmental Law and Justice Clinic, filed a petition in Fresno County Superior Court challenging the City of Fresno’s approval of the Program Environmental Impact Report (PEIR) for the General Plan and associated approvals.  The PEIR updates and replaces the Master EIR, which the City adopted with the General Plan in 2014, to allow the City to streamline environmental review for new development.

Despite extensive and detailed comments by South Fresno residents throughout the nearly three year process to develop the PEIR, the City approved final documents that fail to adequately analyze and mitigate the impacts of industrial development on residents and their neighborhoods and to comply with California’s environmental laws.

South Fresno Community Alliance member Katie Taylor states that, “Our community has the right to feel safe and not be continually weighed down by the environmental impacts of trucks, air pollution, and large facilities. We deserve a decent quality of life. The City’s conversion of our neighborhoods into industrial zones negatively impacts our health, housing, and well-being. Enough is enough. We need assurances that we will be protected.”

The 2014 General Plan designated thousands of acres of land for industrial development in, surrounding, and even over existing disadvantaged neighborhoods and communities. The implementation of this General Plan thus far has resulted in severe effects on the environmental quality, public health, and well-being of South Fresno residents and surrounding areas. Multiple warehouse distribution facilities have been developed and permitted without adequate environmental review or mitigation. The construction and operation of these projects have significantly degraded the quality of life for residents. South Fresno neighborhoods rank among the most pollution burdened in California. The recently adopted PEIR will continue this pattern.

Included in the PEIR is a greenhouse gas reduction plan that also fails to meet standards set by the California Environmental Quality Act. The City’s reduction plan relies largely on vague, nonbinding policies from the General Plan and fails to establish that compliance with these policies would be sufficient to meet the state’s greenhouse gas emission reduction mandates. The City’s attempt to evade its responsibilities under California’s climate laws comes at a time when Fresno has experienced unprecedented extreme heat, severe drought, and hazardous air quality from wildfires as a result of climate change.

“The City of Fresno cannot continue to ignore South Fresno residents’ rights to protection from the harmful impacts of industrial facilities, warehouses, landfills and other polluting land uses in South Fresno neighborhoods,” Ashley Werner, Leadership Counsel for Justice and Accountability Directing Attorney, said. “The City must heed residents’ calls for City policies and practices that safeguard and promote environmental health, housing quality, and access to opportunity for all neighborhoods and that starts with the City’s compliance with environmental laws.”

Climate credits for factory farm gas violate civil rights, fail to achieve climate benefits, states petition submitted to CARB
Environmental justice, animal rights, and community organizations urge CARB to eliminate credits for factory farm gas in the Low Carbon Fuel Standard.
Leadership Counsel for Justice and Accountability chosen as a 2021 Nonprofit of the Year
Nonprofit honored by CA Assemblyman Joaquin Arambula
Community of Fairmead in Madera County Secures Investments as High Speed Rail Seeks to Pass Through
For more than a decade, Fairmead Community and Friends (FCF) have had a consistent message: if High Speed Rail (HSR) passes through Fairmead, the HSR Authority must listen to residents, invest in Fairmead’s future, and commit to improving the community.